A Cold Day in Texas 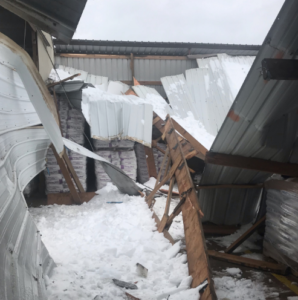 In February of 2021, Winter Storm Uri swept the country, wreaking havoc across the United States. Massive blackouts in Texas were the largest in nearly two decades, leaving millions of people without power and heat for days. From ruptured pipes to collapsed roofs, total damages from the storm were estimated at over $10.3 billion in Texas alone, resulting in over half a million insurance claims. As calls from Central policyholders began rolling in, we worked closely with our agents to ensure our mutual customers received exceptional service in their time of need.

Cambridge Bosworth of Bosworth & Associates in Tyler, Texas, recently shared her experience navigating Winter Storm Uri for her policyholders and how Central brought to life its commitment to excellence, integrity and relationships through action:

From the first day of the freeze we had claims rolling in like nothing we had ever experienced before—169 claims over a four-day period. Adding to the overwhelm was the fact that most of our staff was at home with no power. It was incredible to be able to delegate and lean on Central for help handling the massive volume of Uri calls. Your team rose to the occasion, assuring our customers that they would be cared for each step of the way. Central also gave our policyholders permission to do what they needed to do to stay safe, which was exactly what people needed to hear most in that moment.

In addition to the storm, we were facing rising construction costs. There were other carriers that got defensive, pushed back and made things more difficult, but we had none of that with Central. Your team understood that nobody chose for this to happen and nobody could have prevented it. Instead of pointing fingers, Central was quick to seek solutions and find a way forward that worked for everyone. While other carriers were slow to shift into action, Central came at it with a mindset of, “Let’s be fair. Let’s get this resolved. Let’s fulfill the promise.”

Everything we’ve been selling and saying about Central over the past four decades came to life in that one week. 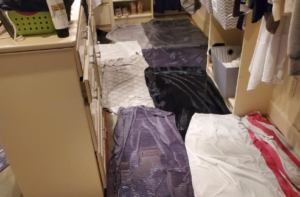 Everything we’ve been selling and saying about Central over the past four decades came to life in that one week. This experience was a huge reminder to our policyholders about why they have stuck with Central all these years. A year out from Uri, I’m writing renewals and I keep hearing people say things like, “This is exactly why we went with Central in the first place. When we needed it, we received exactly the kind of exceptional service you said we would.”

The best thing any of us can offer in a moment of crisis or uncertainty is honesty, understanding, empathy and transparency. Central brought all that and more. People value it—and I have no doubt the way you handled things resulted in more than a few Central customers for life.

Your email is secure with us 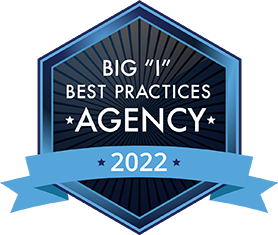 Bosworth & Associates has been selected for the 15th year as a Best Practices agency.

GET YOUR FREE QUOTE NOW